What’s The Difference? FATCA vs. CRS 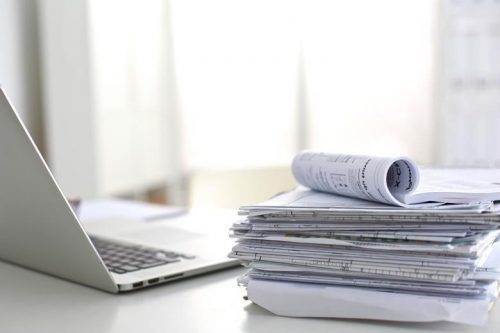 As the global economy expands, tax professionals are likely to encounter an increasing number of situations in which it is imperative to understand international tax law. Professionals based in the U.S. will likely work with two major tax compliance standards: the Foreign Account Tax Compliance Act and the Common Reporting Standard.

Though both regulations aim to improve global tax compliance, each is unique. Tax professionals who deal with international finances must have a thorough understanding of each structure to stay compliant. These rules apply to professionals who handle taxes for individuals as well as those who work with entities such as partnerships and corporations.

The Foreign Account Tax Compliance Act (FATCA), which has been in effect since 2014, is a law requiring foreign financial institutions (FFI) across the globe to report on the financial records of U.S. citizens. Essentially, if an FFI discovers accounts belonging to U.S. citizens, that organization is required to report the identity of the account holder and the assets in the account to the U.S. Department of the Treasury. The goal of FATCA is to ensure that Americans are compliant with all tax regulations, even when their assets are abroad.

However, FATCA does not apply to every American with a foreign bank account, and not all countries observe the regulation. Specifically, 113 foreign jurisdictions—including Bermuda, the Cayman Islands, and Switzerland—have agreed to comply with FATCA in exchange for similar compliance from U.S. institutions. Currently, several other countries are in the process of working out an intergovernmental agreement with the U.S. However, some countries, like China, may never sign an intergovernmental agreement to comply with FATCA.

The law applies to any U.S. citizen and certain U.S.-based entities carrying a total value of at least $50,000 with FFIs. Anyone who falls within the jurisdiction of FATCA is required to report foreign-held assets on form 8938. In some cases, assets such as retirement accounts may not require reporting.

Any taxpayer who fails to file assets above the threshold could face a penalty of $10,000 for the first offense and up to $50,000 for continued noncompliance. The statute of limitations for FATCA violations is six years.

What is the Common Reporting Standard?

Developed by the Organization for Economic Cooperation and Development, the Common Reporting Standard (CRS) is a global policy for the automatic exchange of information. The overarching goal of CRS is to give governments a more transparent view of the financial assets their citizens hold in foreign accounts. Though this goal is similar to that of FATCA, these laws have many differences.

Under CRS, no matter what amount of assets an individual or entity holds, they must be reported to the relevant tax authority. Furthermore, the definition of reporting financial institutions is much broader under CRS, compared to FATCA. In essence, CRS covers a much larger scope. Though FATCA pertains to the assets of a few thousand individuals and entities, CRS applies to millions.

The OECD first presented CRS to the G20 in 2012, where it was established that an effective, automatic reporting standard would require clear lines of information exchange, due diligence, and standardized reporting structures. Designed to limit and dismantle tax evasion schemes, CRS seeks to solve the widespread issue rather than displace it. Previous attempts at standardization merely forced noncompliant parties to transfer their funds elsewhere in the world. CRS aims to be a more permanent solution.

To limit the available opportunities for taxpayers to circumvent compliance, CRS takes a three-pronged approach:

In addition to FATCA and CRS, tax professionals must also grapple with new complexities established by the 2017 Tax Cuts and Jobs Act—the largest rewrite of the U.S. tax code in three decades. Several significant international tax provisions appear in the TCJA.

For instance, section 965 of the revised Internal Revenue Code requires certain individuals and entities to pay a transition tax on the otherwise untaxed foreign earnings of specified foreign corporations, as if those earnings had been repatriated to the U.S. Essentially, certain foreign corporations that have a U.S. shareholder that is a domestic corporation must pay this new transition tax. Taxpayers who fall under this category are required to calculate previously untaxed earnings and profits and pay the tax in a single lump sum or as eight annual installments.

This is just one manner in which the international tax code has changed. The new code includes many other complexities, such as modifications to the definition of a U.S. shareholder, which directly impacts how foreign-controlled corporations are taxed.

Advanced knowledge of international tax law gives professionals the ability to pursue careers in private and public sectors. The Online Master of Science in Taxation (MST) from the D’Amore-McKim School of Business at Northeastern University prepares students for the complexities of international tax compliance. Students in the taxation of entities track will study important issues in two international tax courses that focus on inbound and outbound transaction types.

Tax veterans can build off their previous knowledge and experience to expand their professional abilities and prepare to achieve their ambitions. To learn more about the Online MST program, download a program brochure from the program website.

Recommended Readings:
MST electives that can prepare you to take on the changing markets
How to choose between an online or on-campus master’s in taxation

FATCA – Which Countries Are In And Out

The Differences Between FATCA and CRS