What Really Caused the Housing Bubble? 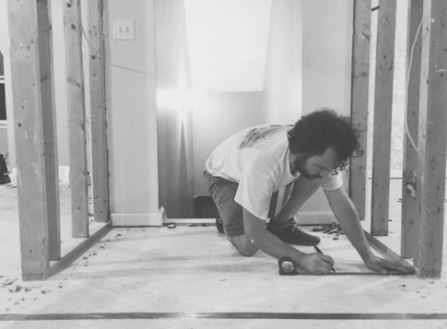 It might be hard for some to recall back to around 10 years ago, but the U.S. and global economy found itself in a period of extraordinary transition between 2007 and 2009. According to many leading economists and policy experts, including those from the National Bureau of Economic Research, the economic downturn that began near the end of 2007 marked the start of the worst financial crisis the world had seen since the Great Depression.

While this historic event is still being studied and debated today, most are in general agreement that a precipitous rise and sudden drop in U.S. home prices was the primary cause of the cataclysm. But answers as to what, or who, set the precise events in motion that led to this domino effect is still a topic of intense debate.

As a detective would work to unravel a crime, it helps to know the facts behind the U.S. housing bubble to understand why it had such an outsized effect on the entire world’s economy. Getting even further back to basics, it’s also essential to know what a market bubble really is. Students enrolled in the Online Master of Science in Finance program at Northeastern University’s D’Amore-McKim School of Business can learn the answers to this and many other questions related to recent financial history.

What is a bubble?

Bubbles are a phenomenon that can be observed in just about any market for any sort of asset, whether it’s homes, stock certificates or collectibles. In any case, it’s a term used to describe the behavior of participants in the specific market, whether that’s homebuyers and sellers, investors and the like. It’s hard to define a bubble in terms of hard numbers, but most economists use the term to describe a surge in prices for a particular asset, one that isn’t supported by the fundamental economic laws of supply and demand.

Here’s what that looked like in the context of the U.S. housing market in the first decade of the 21st century: The demand for housing was increasing thanks to lower interest rates on mortgages, prompting existing home prices to rise and more homes to be built. In such a competitive environment, mortgage lenders needed to find new ways to sign more loans. This habit injected what many would consider “easy money” into the housing market, which took several forms:

● Lenders signed off on bigger loans to more people than ever, without performing the necessary due diligence on applicants to check their credit history, income or other facts that would prove their ability to actually afford a mortgage.
● More lenders also started creating riskier types of loans. Adjustable-rate mortgages became more popular: These loans included very low interest rates for the first few years, but would then enter a variable rate period during which payments could skyrocket.
● Instances of mortgage fraud also increased during the bubble. Not only were lenders relaxing their loan underwriting standards to sign more borrowers, some were not providing accurate information on applications, or knowingly deceiving borrowers.

While these trends were playing out all over the U.S., even investors from elsewhere in the world were taking a fresh look at real estate and mortgage-backed securities as a “safe” way to earn investment income. Even the average American consumer became infatuated with the prospect of “house flipping,” which involved securing a cheap loan to purchase a dilapidated property, make a few renovations, and quickly sell for a profit. Behavior like this was all part of a vicious cycle of supercharged spending and billowing debt, all of it fueled by the belief that real estate prices would continue to rise for the foreseeable future.

As we now know, that optimism came to a grinding halt in 2006. That’s when the median U.S. home price index recorded its first quarterly decline in more than a decade. Right on cue, U.S. homeowners fell into foreclosure at a staggering rate: nearly 847,000 in 2005 and another 1.25 million in 2006. Since foreclosure drastically increases liabilities for mortgage lenders and leaves them unable to pay off future obligations, these would signal a breaking point that would eventually lead to an unprecedented market correction. The bubble had finally burst.

Things would only get worse for the housing market in 2007 and 2008. At the very end of the latter year, the S&P/Case-Shiller U.S. home price index recorded its largest decline in history, an event that would send ripple effects throughout international finance. Since banks, insurance companies and the average consumer were all heavily invested in the housing market, a devaluation of this magnitude spelled disaster for almost everyone, even markets that were seemingly unrelated to real estate. The end result was a period of increased unemployment and wage stagnation that would leave lasting effects on the global economy.

Picking up the pieces

While home prices, employment and many other figures have recovered in the following years, some are still working to understand how such a financial catastrophe could have happened, with the hope that it won’t be repeated. One response that’s among the most noticeable for consumers is that mortgages are now harder to come by. Mortgage lenders now require more thorough credit and background checks than ever before they approve someone for a home loan, a much different environment than the “easy money” of the early housing bubble. A number of regulations were also instituted at the state and federal level to impose tougher restrictions on banks, insurance companies and other businesses that make money from stock market investments.

To learn more about the economic factors behind the 2008 recession and a host of other topics, reach out to one of our enrollment advisors to ask about classes through the D’Amore-McKim School of Business at Northeastern University.