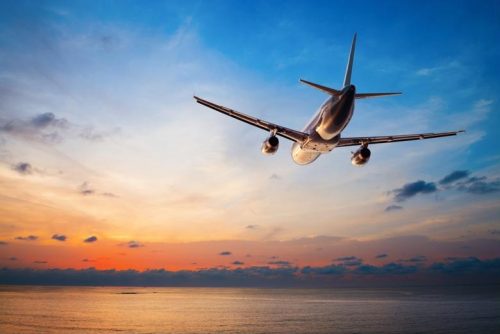 Some laws remain relatively unchanged for decades or even centuries. Tax law, however, is not timeless. It must reflect an ever-changing global economy, governmental shifts, and complex market conditions. Corporate tax professionals must take the time to understand the most recent changes to tax law to ensure they are able to support their employers’ financial health.

In 2017, Congress passed the most significant tax legislation since 1986. Colloquially referred to as the Tax Cuts and Jobs Act of 2017, the new regulations impacted a broad segment of the Internal Revenue Code. In addition to altering tax reporting standards and modifying individual tax calculations, the law also introduced a new compliance standard known as the transition tax.

The Tax Cuts and Jobs Act added section 965 to the U.S. tax code. Broadly, this section requires U.S. shareholders to pay a transition tax on untaxed foreign earnings of certain specified foreign corporations, as if those earnings had been repatriated to the U.S.

Previously, entrepreneurs and business owners could defer U.S. taxes on net income by keeping the assets in a foreign company. Section 965 removes this ability and requires U.S. taxpayers to pay the new tax on previously untaxed assets going back to 1987.

What is a specified foreign corporation?

In the context of section 965, the Internal Revenue Service defines a specified foreign corporation as either:

Who is affected by the transition tax?

Both individuals and corporations are potentially subject to section 965 if they own at least 10 percent of stock in a foreign corporation. In certain cases, individuals may elect to be treated as corporate shareholders for the purpose of paying the transition tax. In that case, the affected individual may be eligible for a lower tax rate, though ancillary effects may counter those benefits. Tax professionals can help individuals determine when it makes sense to apply for this election and when it is more financially beneficial to remain in the individual tax rate. Specifically, any U.S. shareholders who previously filed a Form 5471 are likely under an obligation to pay tax under section 965, though certain shareholders may be exempt. Likewise, shareholders who have never filed Form 5471 may still be subject to section 965.

These considerations came into effect during the 2017 tax year and must be included in all filings moving forward. Because there are so many complexities within section 965 that may cascade into other areas of international tax, corporations and individuals will need to rely on the expertise of tax professionals to ensure they remain compliant. This situation is further complicated by the fact that most tax professionals are still adjusting to the new tax code themselves. Professionals interested in pursuing a career in international taxation will need to fully comprehend the new regulations to provide maximum value to their clients.

What is the transition tax rate?

Individuals in the highest tax bracket are subject to a 17.5 percent transition tax on E&P attributable to cash assets as well as a 9.1 percent tax on noncash assets. These taxes exclude the net investment income tax.
Addressing taxpayer considerations

Taxpayers potentially impacted by section 965 are required to take the following steps to ensure they are fully compliant:

The transition tax adds a layer of complexity for certain individuals and corporations, which means they will need the expertise of tax professionals to ensure they remain compliant. Because this issue impacts taxpayers with vastly different tax considerations, professionals may need to specialize in specific tax compliance standards.

At the D’Amore-McKim School of Business at Northeastern University, you can develop a deep understanding of international tax law from our Online MST program. Through the taxation of entities track, you can benefit from expert instruction in international taxation regulations to jumpstart your career in corporate taxation.

The Complexities of Cross-border Tax Regulations: U.S and Canada vs. U.S. and Mexico

What’s The Difference Between Sales Tax and Value-added Tax?

Transition Tax on Retained Earnings – What Entrepreneurs Need to Know

Transition Tax, Toll Tax or Repatriation Tax: What You Need to Know