What is a Sustainable Business? 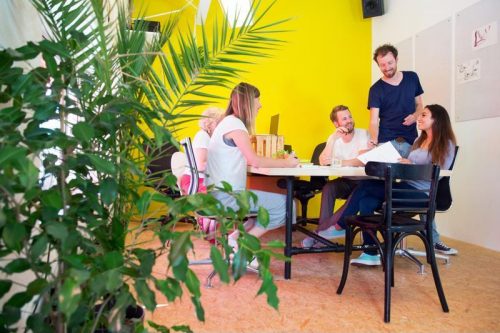 Students enrolled in the Online Master of Business Administration degree program at Northeastern University’s D’Amore-McKim School of Business can gain insights into how corporations conduct business in the 21st century and beyond. Sustainability in business remains a key theme, but it continues to take on new forms in companies of all kinds. Learning about the value of sustainability, what it means in a broader business sense, as well as how it will continue to evolve are all important discussions for tomorrow’s business leaders.

What is sustainability in business?

The most common definition of sustainability in a business sense relates to environmental stewardship, conservation, and protection. The core concepts and objectives behind environmental sustainability—like recycling, waste reduction, wildlife protection, and more—have been part of wider public consciousness for decades in the U.S. However, sustainability as a business practice has evolved in ways many Americans might not realize. Some of this could be as a result of increasing public pressure to adopt sustainable business practices, but as more corporate leaders are learning, sustainability confers economic and financial benefits as well.

One of the earliest applications of environmental and social justice in a corporate setting is now among the core concepts of the sustainable movement: the triple bottom line. Writer and entrepreneur John Elkington coined this term around 1994 to describe the costs and benefits of corporate responsibility in quantitative terms. The triple bottom line refers to the general idea of the fiscal “bottom line” on any business’s regular earnings report, where all revenues and expenses are added together to give a final profit or loss.

Under the triple bottom line framework, a company puts its revenues, expenses, and profits into an environmental and social context. From here, a company may gain a better understanding of costs that can’t be accounted for in a traditional way. This enables executives to perform expansive cost-benefit analyses on actions they took to earn profit or on activities they plan to undertake in the future.

For a basic example, consider a fictional copper mining company. In a traditional accounting sense, the company reported a net profit last year through extracting and selling copper . But in the process of earning that profit, the company had to render thousands of acres of land unusable, either for mining or any other purpose. Its profit was earned through mining copper, but being a finite resource, that only means less copper to be mined and sold in the future. At the same time, if the company was polluting a major river with waste from its mining operations, it was potentially harming wildlife and the economy of towns downstream. Finally, assume some unsafe practices in its mines resulted in the deaths of two workers last year, and several more serious injuries.

If all of this happened, according to the triple bottom line framework, that mining company’s profit came at a high cost, not only to society and the environment, but even to its own future. Unless the company worked to correct these problems and prevent them from occurring later, it’s unlikely it will be able to sustain the same level of profitability over the next several years.

How businesses are implementing sustainability

This hypothetical scenario explains why corporate sustainability is more than what meets the eye. More businesses are ramping up their sustainability efforts from all angles to address existential threats to their own organizations, but more importantly to the communities and ecosystems that we all rely on.

Concepts like the triple bottom line make clear the idea that sustainability is an essential goal for any modern business. But when it comes to actually addressing the problems that arise from this analysis with realistic solutions, the situation becomes much more complex. Most executives understand they are beholden to society and the environment just as they are to shareholders expecting a profit. Figuring out how best to accommodate all three, though, remains a challenge.

That doesn’t mean that corporations aren’t tackling modern sustainability issues in ways that benefit their traditional bottom line as much as that of the public or the environment. Consulting firm McKinsey identified a few businesses, some of which couldn’t be named for confidentiality purposes, that have taken opportunities to improve the environment while saving money:

What McKinsey and others have found in similar research is that sustainability is inextricably tied to corporate performance, whether that’s measured financially or by public opinion. The conclusion for business leaders in the present as well as the future: Sustainability is a core part of strategic operations, not something that should be seen as a burden or a waste of time.

“To think of sustainability as a niche gets it wrong,” according to a Fortune article on these findings and the development of corporate sustainability over time. “To do it right, companies need to be rigorous, goal-oriented, and accountable. The evidence is building not only that sustainability initiatives work, but that they are an important factor in creating long-term value.”

Learn more about the core ideas behind business sustainability and related topics in the Online Master of Business Administration degree program curriculum by visiting the program page.

How to hold regular performance reviews for staff

Defining entrepreneurship, types of entrepreneurship and outlining skills you need to be a successfu Read More about MBA Technology Management: Salary and Roles to Pursue

Defining entrepreneurship, types of entrepreneurship and outlining skills you need to be a successfu Read More about Online MBA – International Management: What Makes It Different

How to Become a CMO: Education, Skills, and Other Employment Requirements

The C-suite is one of the most important levels of any organization. It’s composed of senior execu Read More about How to Become a CMO: Education, Skills, and Other Employment Requirements