U.S. Household Debt on The Rise Again: Causes and Effects 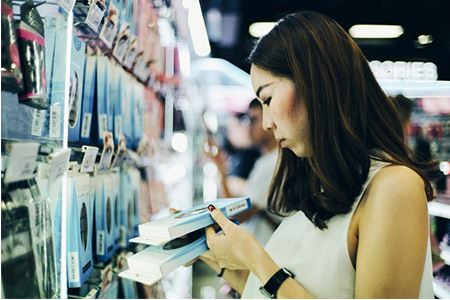 The Federal Reserve Bank of New York released a quarterly report on outstanding debt held by consumers May 17 that made headlines in the news media. That’s because of a notable milestone contained within the data: As of the first quarter of 2017, American households now hold onto more debt than in the third quarter of 2008, the peak of the “credit bubble” that preceded the global economic recession.

These statistics released by the Fed make one thing certain: U.S. consumers are holding onto more debt, in nominal terms, than they did just before the recession. But as to figuring out what this means, and whether or not this is a red flag for the nation’s economy, is a matter of debate, one that you’ll learn more about through a Master of Science in Finance online program from Northeastern University’s D’Amore-McKim School of Business.

What is consumer debt?

The Fed develops data on consumer debt by conducting a survey of a random sample of individuals four times a year, which is designed to represent any U.S. citizen with a Social Security number and a credit report. The report also differentiates between various types of consumer debt. The debt categories tracked by the Fed, along with their accompanying percentages from the Q1 2017 report, are:

All told, U.S. households held about $12.73 trillion in debt as of the first three months of 2017, surpassing the pre-recession peak of $12.68 trillion in the third quarter of 2008. According to analysis of the data from Fed researchers, this marks the 11th quarter in a row that debt has increased, and is around 14 percent higher than in the second quarter of 2013, the lowest point of consumer debt since the recession.

While the numbers don’t lie, the Fed study’s authors are quick to discourage a rushed hypothesis.

“Some news outlets have been eager to report that total debt is about to pass the 2008 peak, as if it’s a sign of either economic doom or economic strength,” the Fed noted in its analysis. “However, before bringing out the confetti (or sounding the warning bells), it’s important to get some historical perspective.”

First, the Fed noted that the latest debt reading is in nominal terms: In other words, not adjusted for inflation. Using data from the New York Fed’s Consumer Credit Panel, the study’s authors can give a more nuanced interpretation of the latest debt levels.

One of the first things that’s noticeable in the CCP data is that it took U.S. consumers much longer to rebound from the 2008 recession compared to previous recessions since 1999. The study analysts found that unlike previous economic downturns, it took nearly nine years for debt levels to return to pre-recession levels.

What’s more, the analysts found several trends in the 2017 data which diverge from the 2008 data. While mortgages have long accounted for the majority of consumer debt, they comprised a much smaller share in 2017 compared to 2008. Much of that share was overtaken by debt from student loans and auto loans: The New York Times found student debt only accounted for 5 percent of all debt in 2008 but now takes up almost 11 percent of the total.

Again, it’s natural to ask whether this should be treated as a cause for concern among consumers, businesses and lawmakers. As The New York Times noted, consumer debt fuels spending which in turn accounts for almost three-quarters of all economic activity in the U.S. It’s also well-known that using debt as a tool to invest in things like education or housing is still one that tends to pay off later.

However, there are problems that may arise from rising debt balances. Financial experts generally agree that lax lending led to a wave of mortgage defaults in the run up to the 2008 recession, so higher levels of debt could signify increased risk of this happening again. In a more broad sense, debt can be as much a burden as a tool, and financing it may strain the nation’s collective finances.

There are concerns with some of the details of the Fed’s debt report, particularly regarding student debt. According to The New York Times, some economists have hypothesized that greater levels of academic debt, fueled in part by rising tuition costs, could prevent young adults from achieving financial security, and especially from purchasing a home. If true, that could have implications for the housing market, financial regulations and much more. Rising delinquency and default rates are troubling too, since they could cause lenders to pull back on financing for consumers.

One effect that is harder to measure is consumer confidence, but reports on debt provide a possible answer to that tough question. Higher debt may be a signal that Americans are finally feeling better about their finances after a long recession, but it also proves that challenges yet remain.

How Amazon’s Strategy Allowed Them to Beat the Odds

What to Know About Compensation with Employee Stock Options