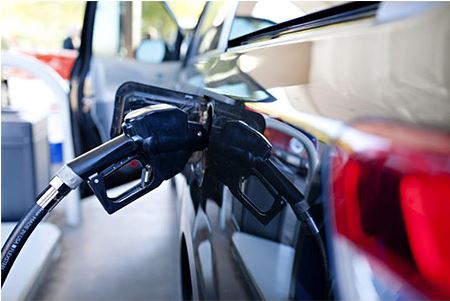 It was not long ago in the United States when the soaring cost of gasoline and other derivatives of crude oil were the subjects of intense public debate, with implications for consumers, businesses, politicians seeking reelection and many others. But less than 10 years after the national average cost of gas peaked at more than $4 per gallon, few Americans in 2017 consider prices to be too high. The national average per gallon price of gas hovered just above $2 for much of the year.

The history of gas taxes in the U.S.

In the U.S., excise taxes on gasoline sales have existed at the state level since 1919 and at the federal level beginning in 1932. The federal fuel tax has been locked at 18.4 cents per gallon since 1993. On a state-by-state basis, the additional state fuel costs can vary significantly. As of January 1, 2017, Pennsylvania boasted the highest state fuel tax rate at 58.2 cents per gallon, while Alaska motorists enjoyed the lowest rate of 12.25 cents per gallon. Some city and county governments may levy their own fuel tax as well. All told, American motorists can expect to pay just under 50 cents per gallon in taxes alone each time they fill up, or around 55 cents per gallon on diesel fuel.

Taxation has been a fundamentally divisive issue for the entire history of the United States, and this remains true in 2017. Remarkably, however, a movement in statehouses across the nation has gathered in support of increasing the fuel tax rate, in some cases for the first time in decades. The Pew Charitable Trusts reported that since 2013, 26 states have raised their motor fuel taxes. That includes eight states that did so this year, with even fiscal conservative stalwarts like Tennessee and South Carolina voting to increase the tax to the surprise of some.

“We’ve seen more bipartisan agreement on raising gas taxes than almost any other tax out there,” Jared Walczak, senior policy analyst at the Tax Foundation, told Pew. Fuel tax hikes are also scheduled for debate in another 21 state legislatures in 2017, according to Reuters.

While it’s never easy to pin down the precise root cause for any political movement or trend, the working theory in this case chalks it up to a case of ideal timing. Although gas prices have risen somewhat from their most recent low point, filling up remains noticeably cheaper for Americans who can remember the situation just a few years ago, when gas prices reached all-time highs. That’s why many political leaders are hoping to enact gas tax hikes now, a time when they might not be noticed as much and are desperately needed.

A fix for infrastructure woes?

Although fuel taxes are technically excise taxes—those levied on the sale of luxury goods–they are generally considered similar in principle to a use tax because their revenue is often earmarked for spending on transportation infrastructure. While it is not the sole source of revenue for projects like new roads, bridge repairs or safety improvements, a growing percentage of the American public now believes more funding should be diverted to fix what some call a “broken” infrastructure system. According to research from Pew:

● Government spending on transportation infrastructure in the U.S. has declined over the last 15 years. State budgets for transit projects shrank by around 15 percent between 2002 and 2012.
● The economics of funding road repairs through gas taxes has been subject to a vicious cycle – states are collecting less fuel tax revenue as vehicles become more fuel efficient, even though Americans are driving more miles than ever. Until recently, most state gas tax rates did not keep pace with inflation, either.
● As a result, according to the American Society of Civil Engineers (ASCE), the nation’s transit infrastructure has generally exceeded its planned lifespan and is in need of significant repairs. The ASCE reported a nationwide backlog of at least $800 billion worth of highway and bridge projects as of 2017. It also estimated that approximately one in every five miles of highway is in poor condition, posing a financial and health risk to much of the public.

Despite a chorus of calls to stimulate funding for transportation repair work in many states, gas tax proposals have still faced major obstacles to becoming law. In South Carolina, for example, Governor Henry McMaster vetoed a bill that would increase the state’s gas tax rate for the first time since 1987, only to see the bill pass after the state legislature voted to override his veto.

Another historically conservative and tax-averse state, Tennessee, was able to approve plans for higher fuel taxes only in addition to a series of tax cuts which together resulted in a lower projected tax burden for residents. New Jersey accomplished something similar, managing to enact a comparably large fuel tax increase of an additional 23 cents per gallon, while reducing sales, estate and income taxes broadly. Since new taxes are rarely popular in any state, most recent fuel tax hikes came attached to similar bills that advocated lower taxes of another kind or changes to how tax revenue is used.

While the winds of change are pushing many individual states to raise their tax rates on fuel sales, the federal duty collected on fuel remains stuck in a holding pattern. At the national level, there has also been some bipartisan support for a higher federal fuels tax with similar goals as those appearing in state legislatures: as a means to fund and fix outdated and unsafe transportation infrastructure.

Some of those calls have come from within the Republican Party, including new Republican President Donald Trump. In his election campaign and at points following his inauguration, President Trump made overtures to help grow U.S. infrastructure and create job opportunities for Americans, but has not yet settled on a concrete plan for doing so. The Hill reported in May 2017 that President Trump told reporters that he would “certainly consider” raising the federal fuel tax rate to help fund transit investments, a statement that earned support from Democrats who generally oppose his policies while upsetting some of his Republican allies. Besides the fact that many in the Republican Party fundamentally object to any proposal to raise taxes, many also cited similar evidence as was mentioned in statehouse debates on state gas tax increases: that such a move wouldn’t raise much revenue anyway now that cars and trucks are consuming less gas.

The Hill did report, however, on “a small and fervent group of Republicans who are proponents of a gas tax increase,” who can count the aforementioned red states who hiked gas taxes as supporters, as well as several business lobbies and the U.S. Chamber of Commerce.

“We need reoccurring [sic] revenue for infrastructure so we don’t have to keep pulling a rabbit out of our hat every four years,” Rep. Lou Barletta (R-Pa.) told The Hill. “A user fee, a gas tax, makes the most sense right now. It’s not the silver bullet … but it can be one of the funding tools.”

Barletta was the only Republican co-sponsor of a bill introduced by congressional Democrats that would raise the federal gas tax rate by around 1 cent per year. Other fiscal conservatives amenable to a gas tax hike also support measures that would index the rate to inflation. Still, most consider a federal gas tax increase a nonstarter in the current political environment.

Just about any idea concerning higher taxes is bound to find intense opposition, even outside of major election years. But with a unique and unprecedented state-level movement already successful, some are holding out hope that a strangely popular tax increase could actually become a mainstream idea.

Staying on top of political developments is important for everyone, but especially for tax professionals. Students enrolled in the Master of Science in Taxation online program at the D’Amore-McKim School of Business at Northeastern University will gain the knowledge and skills needed to parse these constantly evolving concepts.