The U.S. Health Care Debate and Its Effects on Retirement 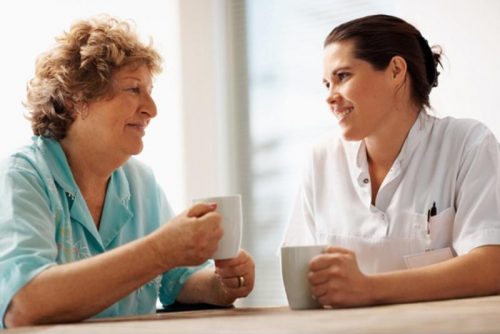 No matter where you live, the cost of health care tends to increase with age. In the U.S., where health care costs are among the highest in the developed world, that makes aging an expensive predicament. The uncertainty swirling around health policy and public finance certainly doesn’t help.

Many Americans thought the long-running debate on how to reform the U.S. health care system reached its conclusion, at least for a time, near the end of the summer of 2017. In Washington, D.C., the Republican Party was newly installed as the majority in both chambers of Congress and the executive branch. They sought to use this opportunity to accomplish a longstanding goal: Repeal the Affordable Care Act signed into law by President Barack Obama in 2010 and replace it with new legislation. That effort was effectively halted after several months of proposals, drafts of bills and debate that did not reach its ultimate goal.

However, the fight against the ACA was renewed later in 2017 as the GOP launched into its second major legislative initiative: tax reform. Included in the later amendments of an expansive tax reform bill was a provision to repeal the ACA’s individual mandate, which required most Americans to purchase some kind of health insurance or face a tax penalty. Should the individual mandate be repealed, some estimate it would drive up health insurance premiums for most insured individuals. But this would only be the latest in a series of complicated changes to health policy that has many Americans confused and concerned, particularly older citizens and their caretakers.

When it comes to seniors and the U.S. health care debate, the numbers speak for themselves:

Nursing home stays and long-term care are among the largest contributors to health spending for U.S. retirees, but far from the only expense. According to recent estimates, the average 65-year-old couple retiring in 2017 will spend $275,000 on their health care in retirement, assuming they live as long as the typical life expectancy. Those estimates include spending related to Medicare.

Medicare is a public insurance program designed to cover some health costs for a large segment of U.S. seniors. As such, it is one of the largest single items in the U.S. federal budget each year—as much as 15 percent of federal spending in 2016. This is expected to rise to 17.5 percent of total spending by 2027.

However, given the current growth rate of older Americans, Medicare funding could almost run dry by that time. Unless major changes to the program are enacted beforehand, The Kaiser Family Foundation estimated that funding for Medicare Part A (hospital insurance) could be completely depleted by 2029. While other provisions of Medicare could still survive longer without changes, Medicare still only covers a portion of the health costs faced by most older Americans. In a majority of cases, the difference must be made up with private insurance, income from other public programs like Social Security and Medicaid, or personal savings.

Medicare, together with Medicaid, make up a significant portion of federal spending in the U.S. as well as total spending on health care. For that reason, both programs have been the target of major legislative reforms to either expand access or reduce costs. But it’s not entirely clear if any recent reforms to these programs have either achieved their goal of improving senior health care in general, or if they are even entirely in line with public sentiments that change regularly.

According to a study from the Journal of the American Medical Association, the No. 1 priority of health policy for a majority of Americans was reducing individual health care costs. But as far as how to achieve that goal, Americans are generally divided along party lines.

With public sentiment being as divided and inconsistent as it is, the future of senior health care in the U.S., and the nation’s health system as a whole, remains highly uncertain. By mid-December, Republican members of Congress were on the cusp of passing their much-anticipated tax overhaul plan that included a provision to repeal the ACA’s individual mandate. Most health industry analysts expect this move to add greater instability to the insurance market and possibly lead to higher premiums across the board. Meanwhile, fixes to Medicare and Medicaid may be even further down the list of most lawmakers’ policy agendas. Several specific fixes to these programs have been in play for a number of years, and include everything from revising Medicare’s benefits and cost-sharing structure to simply raising the program’s eligibility age. In any case, American seniors can expect changes to result either in more complex health coverage options, or simply plan to devote even more spending to health care costs each year.

Students enrolled in the online Masters of Science in Finance program from the D’Amore-McKim School of Business at Northeastern University can learn more about these complex topics as they relate to their field of study.

I want to make a difference, not just money