The Complexities of Cross-border Tax Regulations in NAFTA 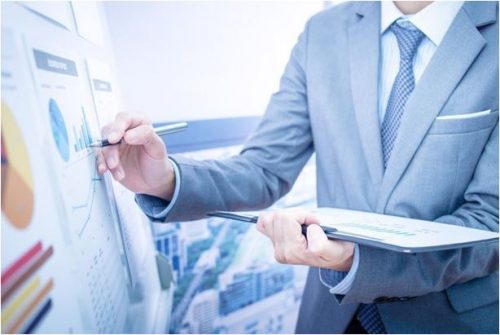 Taxation of goods shipped between the U.S., Canada, and Mexico is a complex subject. Plus, regulations may be changing in the near future. The Online Master of Science in Taxation Program from the D’Amore-McKim School of Business at Northeastern University prepares students to understand the complexities of international taxation.

NAFTA: What is it?

The North American Free Trade Agreement became law in 1994. The intended purpose of the law was to eliminate trade barriers on most goods produced within the U.S., Canada, and Mexico. Unlike the free trade zone within the European Union, NAFTA maintains strict border laws, which include customs regulations.

In 2008, all import duties on NAFTA-covered goods were completely phased out, as were the majority of quantitative restrictions. Combined with the collapse of the U.S. housing market and subsequent recession, NAFTA was blamed for many lost jobs in the manufacturing sector. Many companies were free to move operations to wherever labor was most affordable — which was rarely the U.S.

NAFTA covers more than manufactured goods, however. The agreement also covers intellectual properties, which means copyrights, trademarks, and patents are protected across borders. These rules have greatly impacted the pharmaceutical and agricultural industries, as well as media companies. The agreement also covers digital trade, prohibiting customs duties from all digitally distributed products, including software and music.

From the outset, the agreement was scheduled to be reviewed every six years, and is extended by 16 years when all parties agree to move forward. NAFTA was a hot-button issue in the 2008, 2012, and 2016 elections. President Donald Trump voiced concerns about the trade deal during his campaign, saying it was “the worst trade deal maybe ever signed, anywhere.”

Since his election, President Trump has made it clear that he would like to replace NAFTA with an agreement more favorable to U.S. trade, going so far as to use a loophole in the deal to extend tariffs imposed on steel and aluminum exported from Canada and Mexico to the U.S.

Will NAFTA be replaced?

On Nov. 30, 2018, President Trump, former Mexican President Peña Nieto, and Canadian Prime Minister Justin Trudeau signed a potential NAFTA replacement, known as the United States-Mexico-Canada Agreement. USMCA has been called NAFTA 2.0 because it is roughly the same, albeit with a few changes.

Before USMCA can go into effect, it needs to be ratified by legislators in all three countries. The U.S. Congress will begin to review the new agreement in January 2019. It is possible the deal could be delayed, altered, or both. As it stands, USMCA contains the following tweaks to NAFTA regulations:

● Automobiles: Automobiles produced in any of the three countries must have at least 75 percent of their components manufactured in a USMCA country.
● Dairy industry: Canada will increase dairy imports from the U.S., while still imposing tariffs of between 200 and 300 percent on imports exceeding quotas.
● Intellectual property: The new agreement extends copyright protections from 50 years to 70 years beyond the life of the author. Pharmaceutical companies are protected from competition from generic products for 10 years. Governments cannot impose duties on digital media such as eBooks and music. Internet companies are not liable for content produced by their users.

USMCA does not close the steel and aluminum tariff loophole in section 232 of NAFTA. However, it does create protections against tariffs on automobiles. The new agreement follows the same review and renewal procedures set in place under NAFTA. Experts expect the new Congress to push back on several provisions within USMCA, meaning it could be a while before these new rules go into effect. The possibility of altering USMCA provisions is still very much on the table. In the meantime, NAFTA agreements will remain in place.

Trade between the U.S. and Canada

Exporting commercial goods from the U.S. to Canada may require entities to register for goods and services taxes (GST), as well as the harmonized sales tax (HST). The HST applies to Canadian provinces in which the federal GST has been combined with the regional provincial sales tax (PST) into a single value.

Even if the entity is not owned by Canadian citizens, it may need to:
● Charge, collect, and remit GST or HST on all taxable supplies
● File GST and HST returns with the Canada Revenue Agency
● Claim input tax credits to recover tax paid on property and services

In general, goods imported into Canada are always subject to the GST, though some provinces may require payment of HST. Currently, the federal GST is calculated at a rate of 5 percent of the duty value of each shipment. GST is always collected at the border, with the exception of goods sent to a bonded warehouse in Canada; then, GST is collected when goods leave the warehouse.

• A 13 percent HST is collected in Ontario.

Trade between the U.S. and Mexico

Organizations that import goods into Mexico for processing and then re-export them may be subject to a customs processing fee. Import duty on applicable goods is calculated with the U.S. plant value of the product, plus U.S. freight charges, plus any additional costs listed on invoices, such as packing and insurance.

In general, Mexico imposes a value-added tax of 16 percent on the majority of transactions, excluding food and drugs. The tax is consistent across all regions of the country. An additional tax is placed on alcohol and tobacco products. Likewise, soda and high-calorie foods are taxed at a variable rate of between 25 and 160 percent, depending on the specific product.

International tax laws are highly complex and require in-depth analysis of industry-specific considerations. Students who obtain an Online Master of Science in Taxation with an emphasis on the taxation of entities from the D’Amore-McKim School of Business at Northeastern University learn from seasoned tax experts. With separate classes for inbound and outbound international transactions, students can develop valuable knowledge useful to positions in the private and public sectors.

To learn more, schedule an appointment with an enrollment advisor today.

Recommended Readings:
MST electives that can prepare you to take on the changing markets
What’s the difference? FATCA vs. CRS

‘NAFTA is the worst trade deal maybe ever signed anywhere’

Canada-US trade: How Trudeau might hit back against Trump

Government of Canada – Canada and the United States

The U.S., Mexico, and Canada Trade Relationship – is this the beginning of the end for NAFTA?

An Overview of the North American Free Trade Agreement (NAFTA)

NAFTACanada opened its dairy market. But by how much?