4 Lessions in Crowdfunding For Business 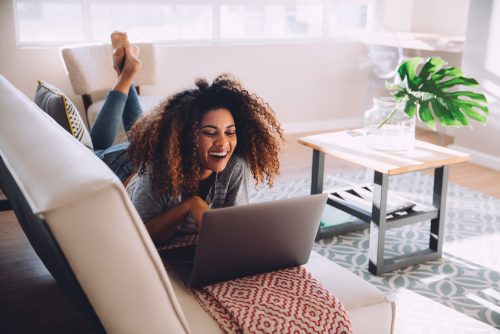 There’s one thing every organization, no matter what kind, has in common: a need for funds. Whether it’s a big corporation, a small mom-and-pop shop, a nonprofit or a professional group, cash will inevitably be needed to pay for things like product development, member outreach, infrastructure or marketing.

Recent years have given way to a new method of securing necessary capital: crowdfunding. It’s important that business leaders have a sound understanding of this model to determine if it’s right for their goals, and if so, how to create a successful campaign.

In the past, there was a small list of options for businesses that needed cash. They either worked with banks to secure loans or investors who would offer cash, usually in exchange for equity.

In 2012, a new piece of legislation gave entrepreneurs more options through the Jumpstart Our Business Startups Act, Business Insider reported. It allowed stocks to be sold to the general public. Previously, only accredited investors, or those who had $1 million in net worth or made $200,000 per year, could purchase stock in a company.

Crowdfunding has been a formally established option in the U.S. for about a decade, but the JOBS Act brought it into the spotlight and broadened the legal capabilities for those seeking money. Now, it wasn’t just the wealthy who could invest in business ventures; anyone with $5, $20 or $100 to spare could get in on the action.

Crowdfunding is important for more reasons than just a new means to raise money. It’s also being used by companies as a way to test a new item before production and as a marketing tool.

A crowdfunding campaign begins with an idea, like a startup company or a new product. Those seeking funds set up a page explaining their idea, their fundraising target and how the money will help them achieve their business goals. If an investor is interested, he or she will make a contribution. If not, the investor will move on to something else.

Since so many people read about and evaluate the idea, it’s an excellent method to determine how the market will respond to the new business or product, Forbes contributor Ian Altman pointed out.

“Smart companies are using crowdfunding to not only raise capital, but to validate products before making substantial investments in product development,” Clay Hebert, a crowdfunding and marketing expert, told Altman.

Companies can create a crowdfunding campaign for several products to determine which are the most worthwhile investments. Those that fail to attract backers won’t make the cut.

Another advantage of crowdfunding campaigns is the feeling of involvement that investors have when they support someone. Oftentimes, the people who contribute are emotionally invested as well as financially. Having a group of people who already know about your brand and have shown an interest in it can make a huge difference to early success.

Not all crowdfunding campaigns are successful. In fact, more than two-thirds of campaigns fail to reach their fundraising goals, Catherine Clifford, a senior entrepreneurship writer for CNBC, explained in Entrepreneur.

There are numerous negative consequences for campaign attempts that fail. Depending on the platform, the organization or individual seeking funds may not get any of the money raised. Kickstarter, one of the most popular crowdfunding platforms, does not disburse funds until the goal is met. If not enough capital is raised, all money is returned to the contributors.

Not all are like this. Some allow campaign creators to accept as much as they can raise, even if they fall short of their target. Still, there are negative consequences in these instances.

For example, the campaign may have failed due to a lack of exposure—a problem that could continue to be a burden to the company. Or, an organization that raises less than planned may not be able to deliver on certain promises made to backers—an issue that could land them in legal trouble.

Lesson 4: How to craft a successful crowdfunding campaign

To avoid potential risks, its critical entrepreneurs know the essentials of a successful crowdfunding campaign. Hebert writes on his website, Crowdfunding Hacks that the typical successful campaign is:

• A creative idea.
• Something with a definitive beginning and ending.
• Something new that will be made and shared.
• Has a defined audience from the start.

Hebert admits these rules are quite broad. But there are some ideas that most likely won’t gain traction on a crowdfunding platform.

A company looking for funders to help sell excessive inventory, for example, will likely be met with failure—that’s not a creative idea.

Someone who first announces a product through the campaign may not succeed easily—he or she lacks a pre-defined audience.

A company that provides services rather than products or events doesn’t quite fit the bill—there’s no definitive beginning or end.

Beyond these rules, there are some other tactics that many highly successful campaigns utilize.

First and foremost: The campaign creator should be personally invested in the idea. How can one expect others to support an initiative that the creator isn’t even backing?

Some of the most popular crowdfunding platforms are referred to as reward-based platforms. These involve people receiving something in return for their contributions. There are two basic rules for successful rewards-based campaigns:

• The reward should be something backers will actually like.
• There should be different levels of giving that are rewarded with increasing rewards.

Most often, the reward is the item the campaign is centered around. For example, if a company is raising funds to create a new line of t-shirts, supporters should be rewarded with one of the t-shirts.

Successful crowdfunding campaigns typically have a sound business plan. Backers want to see what the campaign creator has planned for their money.

Finally, a successful crowdfunding campaign is highly active online. The initiative should be promoted on social media and be very responsive to supporters.

The crowdfunding model has changed the way many people conduct business and bring new ideas to fruition. As such, it’s important that future business leaders have a sound understanding of the concept. Students of Northeastern University’s Online MBA will receive a comprehensive education about what it’s like to do business in today’s world.

4 Types of Entrepreneurship: Tips for Women to Succeed in Business