What Are The Differences Between Stocks and Bonds? 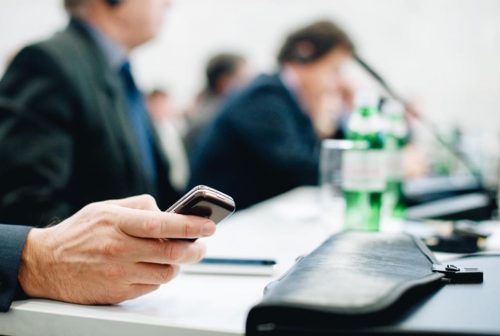 When most people think finance, they think of Wall Street, the Dow Jones Industrial Average and busy trading floors. But what is it exactly that financial professionals everywhere are buying and selling? Understanding the two most common types of securities is essential to forming a more accurate view of our financial system. Students enrolled in the Online Master of Science in Finance program at Northeastern University’s D’Amore-McKim School of Business can learn the answers to this and many other questions related to the financial system.

Contrary to the popular notion that the stock market is the end-all be-all of corporate finance, it is actually trounced by the bond market in terms of total value. According to the Securities Industry and Financial Markets Association, the U.S. public bond market amounted to $1.9 trillion in 2015, while just $256 billion in equity was issued the same year.

Perhaps it may make sense to begin with what exactly a bond is to get a better idea of its role as a mainstay in the capital markets. In essence, a bond is a certificate of debt whose repayment has been agreed upon by both the borrower and lender. Bonds have actually been around longer than stocks, and even predate the modern currency system. Throughout history, bonds were used to borrow something, often grain or precious metals, with the promise of acquiring more and returning it to the lender, with interest.

Today, a company may issue a bond on the open market in order to finance a major project. The sum of all these bond issues essentially becomes a loan to the company, but splitting it up into certificates and selling them makes it easier to gain access to capital. Each bond issued to investors will contain the following information detailing the borrower’s obligations in the transaction:

● The face value or principal of the bond: This is the amount of money transferred from lender to borrower when the bond is first issued.
● Maturity date: The day by which the borrower must repay the bond’s principal in full. This can be as short as a day or as long as several years.
● Coupon: A term for the interest that the bond issuer will return to the purchaser, as a percentage of the principal.

Bonds are considered fixed-income securities because they represent guaranteed, predictable cash flow. The important takeaway about bonds is that they are generally considered safer investments than many other securities like stocks-this is because if a company happens to go into bankruptcy or is unable to pay back its debts, bondholders usually get priority over just about everyone else.

Rather than wait for the maturity date, bond investors often trade their certificates like they would stocks, shifting repayment obligations from one person to another. However, the primary risk of bond trading is the possibility that market conditions will shift after a bond is purchased. For example, say you were to buy a 10-year, $1,000 bond with a 4 percent coupon rate, but after a few years, the same bonds can be purchased with a 6 percent rate. Not only are you missing out on bigger returns, but you will probably have trouble selling your 4 percent bond in a market where 6 percent is the norm. This market risk is one of the many intricate factors in constant motion in the bond market.

Essentially, bonds are an investment in debt and a promise for one party to repay another for the favor of lending them money. But what if that company takes that investment from a bond issue and starts a spectacular business, making profits year after year? None of its bondholders will see even a cent of that money, unless they also invested in equity.

Equity is a share of ownership in something, and in the financial world, it’s signified as stock. To entice even greater investment in a business, its owners might offer up some of their equity, or stock, to the public. This takes the form of shares, which entitle owners to a small portion of the company’s future earnings. Shareholders also get a say in how the company should be managed, with the biggest shareholders holding the most influence.

The value of stock comes from two different things. First, there’s the value generated through the company’s business. When the business is making money and turning a profit, it will return some of that money to its shareholders as a dividend. Exactly how much in dividends any one shareholder receives depends on the total number of shareholders as well as the company’s dividend yield.

Where stocks and bonds diverge

Like bonds, stocks are also valuable because they can be traded among the rest of the public. When a company is performing well and paying out sizable dividends, other investors will want a piece of the action. This is where the stock market comes in – those numbers and red or green arrows flashing across your screen on the business channel represent the market consensus of how much a given stock is worth, based on its performance, dividend yield and many other factors.

Stocks are sought after because they can theoretically increase to any value, unlike bonds, which are limited to whatever coupon rate and yield had been set initially. But since high reward brings high risk, stock ownership can be tricky as well.

For example, if you buy one share in a company at $100, and it offers a $1 dividend per year, it’s a decent investment but not one that will make you rich anytime soon. Within months, what if that company was now worth $500 per share? Selling at that point would net you a decent $400 profit. But what if after you sell, the stock continues on a tear to over $1,000 per share? Or what if you kept holding on to it, only to have the stock drop to just $5 per share?

The market is a volatile thing, and there’s no telling how any stock will perform now or in the future. For this reason, many investors choose a mixture of stocks and bonds that will provide them an opportunity for decent savings as well as big returns once in awhile.

Recommended Readings:
• Graduate Programs at the D’Amore-McKim School of Business
• Pros and Cons of Index Funds