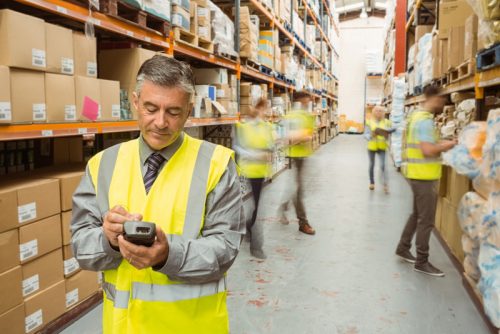 While the U.S. economy has taken an unusually long time to bounce back from the last recession in terms of total output, it has faced the somewhat positive side effect of relatively low inflation. According to the Bureau of Labor Statistics’ (BLS) Consumer Price Index, which serves as a barometer of inflation, the price of common goods and services has not risen significantly since the start of 2016.

Analysts writing for Kiplinger Magazine expect inflation to average 1.6 percent in 2017, down from 2.1 percent the previous year. Much of this may be due to low oil prices, which drive fuel costs lower and have an impact on many sectors of the economy.

Inflation is a key concern for many economists and policymakers, as evidenced by its place as one of two primary facets of the Federal Reserve’s “dual mandate” (the other being the unemployment rate). To achieve its mission of steering the U.S. economy through monetary policy, the Fed aims to keep inflation growing at a rate of approximately 2 percent annually while keeping the unemployment rate under 5 percent.

The Fed accomplishes this goal primarily by setting the interest rate charged to banks for short-term loans. However, the Fed does not have a significant role to play in determining U.S. tax policy, which has a complex interaction with inflation and the broader economy. Understanding that relationship is an area of active study and debate among economists and is a core part of the curriculum in Northeastern University’s online Master’s in Taxation program.

President Donald Trump and the Republican majority in the U.S. House of Representatives and Senate have repeatedly named tax reform as a primary goal of their current administration. By cutting taxes for individuals and businesses, the ruling party hopes to foster a more robust economic expansion. But by some estimates, the American economy is already running close to full steam, and an increase in spending spurred by tax cuts would likely serve to increase inflation. Paradoxically, this could have the effect of actually limiting economic growth.

The president and the GOP’s tax proposal, if signed into law, could result in a cumulative tax cut of around $700 billion per year. The Fed has warned that this could compel them to raise interest rates above their current, historically low levels. Mark Mazur, a former tax policy secretary for the Treasury Department, told Reuters that such tax cuts would probably drive inflation upward, requiring the Fed to tighten its monetary policy through higher interest rates. This scenario would happen particularly quickly if businesses reacted to tax cuts by hoarding cash, rather than investing savings elsewhere.

The political leadership will inevitably take credit for any positive effect from tax reform, but it must also withstand the blame of any unintended consequences. Ronald Reagan came to office in 1980 on the strength of his argument that high tax rates were impeding economic growth and driving up inflation. Throughout his two terms in office, Reagan instituted sweeping federal tax cuts and domestic spending reductions in an attempt to invigorate the economy. In the first two years of what became known as “Reaganomics,” lower taxes actually increased inflation and invited higher interest rates from the Fed. A slight economic recession resulted, but inflation eventually leveled off and economic growth accelerated.

Bill Clinton’s two terms as president during most of the 1990’s offered a more complicated case study of the relationship between taxes, inflation and growth. The Clinton administration initially raised taxes with the Omnibus Budget Reconciliation Act of 1993. But in his second term, Republicans took control of the House and managed to push through new tax cuts in 1997, passing the Taxpayer Relief Act.

Despite changes in leadership and policy, the ratio of U.S. tax revenue to gross domestic product remained relatively stable between 1981 and 2000, from a low of 15.8 percent to a peak of 19.9 percent. Therefore, some argue that lower taxes, despite the greater inflation that results, still bring growth to the economy and revenue to the federal budget.

Taxes and the CPI

An additional wrinkle to the study of taxes and inflation stems from how consumer prices are calculated. The CPI serves as a measure of inflation because it tracks the price of a variety of commonly purchased goods and services, from food and housing to recreation and medical care. However, the CPI does not include all taxes, which may account for nearly 30 percent of the average household’s spending each year, according to analysis from NerdWallet.

The BLS, which compiles the CPI, includes some direct taxes like sales and excise taxes. It also includes indirect forms of taxation, like fees from toll roads and even admission to national parks. But it does not include spending on income taxes or Social Security taxes, which some economists argue does not allow the CPI to accurately project the cost of living. This may be particularly confusing because the CPI is actually used to adjust federal tax brackets. By setting tax rates based on an index that does not account for them, some have argued that inflation takes a bigger toll on consumer finances than it should, and that the CPI might not be a truly reliable barometer for inflation.

These historical and practical considerations regarding taxes and inflation are just some of the factors that color contemporary projections of economic activity. Perhaps as a result, some professional investors hold a different view of upcoming economic activity than policymakers. According to Kiplinger, bond investors seem to be predicting lower inflation in the coming months, as evidenced by higher short-term rates (such as the prime rate) but lower long-term rates (for mortgages and similar loans). However, the Fed appears to view low inflation as temporary. The Federal Open Market Committee, which meets regularly to assess economic performance, voted in June to raise the target interest rate for the second time in 2017, and is expected to do so at least once more before the end of the year. Based on statements from their most recent meeting, the FOMC is expected to continue tightening the money supply in 2018 and 2019, with three quarter-point interest rate hikes each year. But that plan was made assuming the U.S. economy and inflation continue to grow at a steady, albeit slow pace. Tax cuts in the next few years will likely change this calculus.

All told, these competing economic measures are expected to put overall GDP growth on a somewhat middling trajectory. Economists predict GDP to rise by 2.1 percent at the end of 2017, potentially picking up to around 2.4 percent the following year. The supporting data behind those projections are based on the observation that household wealth, income, employment and credit use are all on the increase. If the Fed can time its rate increases well, this slower pace of GDP growth could still produce a low inflation environment.

Some analysts also think it likely that 2018, an election year, will invite “voter-pleasing” tax cuts that could help prop up GDP even further. But given the current political climate, they still expect those cuts to be modest, if anything. Without those cuts, economic growth and inflation will likely remain the same in 2018 as in 2017.

If these predictions hold true, the Fed’s target interest rate could be as high as 3 percent by 2020, up from 1.25 percent currently. That would likely push the prime lending rate over 6 percent, with the consequence of tamping down consumer spending.

International Taxes: How Does The U.S. Stack Up?