How Business Owners and Self-employed Workers Can Save for Retirement 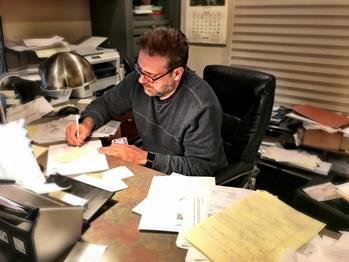 The retirement landscape has changed considerably in the span of a single generation, and by most accounts it will continue to do so. The New York Times reported on recent research from a number of sources indicating that saving for retirement poses a major threat to the financial stability of a vast majority of Americans. Beginning with the baby boom generation, which is now beginning to retire en masse, fewer workers are now able to rely on pensions in retirement, which dominated the workforce during the previous generation. Meanwhile, baby boomers and subsequent generations are living even longer—as much as 10 percent longer since 2000. That means workers will need to develop the right strategies for saving and spending in retirement using self-directed funds.

Retirement is even more complicated for those considered self-employed, including business owners and entrepreneurs of all kinds. According to the U.S. Bureau of Labor Statistics, around 10 percent of all Americans earning a paycheck in 2015 considered themselves self-employed. But this segment of the labor force may be falling behind on retirement saving. A survey of people considered self-employed or small-business owners by FreshBooks, makers of accounting software, found that as many as 42 percent of these workers have no retirement savings at all.

Business owners and self-employed workers may assume that without the trappings of a “typical” employee benefits package, their retirement savings options are limited or nonexistent. But this belief stands in contrast to the wide variety of retirement savings options available to this class of worker. Students enrolled in the Masters of Science in Finance online program at Northeastern University’s D’Amore-McKim School of Business will learn about each of these options in depth, but here’s what to know about each now:

An Individual Retirement Account is available to anyone regardless of occupation. Any U.S. resident earning an income is eligible to contribute to an IRA, and funds from other retirement savings like a 401(k) can be rolled into an IRA. Participants are free to open an IRA with any financial institution they choose, thus opening countless investing opportunities.

Some of the major benefits of an IRA include:

● Tax deferral: Contributions made to a traditional IRA may be deducted from federal income tax returns. For Roth IRAs, taxes are paid up front but withdrawals can be made tax-free.
● Contributions: Savers can invest as little or as much as they want in an IRA, up to $5,500 per year (or $6,500 annually for those age 50 and up).
● Eligibility: It’s possible to open an IRA whether or not you employ others as part of your business.

Contrary to popular belief, a 401(k) is an option for some workers who are not offered such a plan through their employer. The IRS allows self-employed Americans to open a one-participant 401(k) plan, often called a solo 401(k). These work similarly to their traditional counterparts, with a few special considerations for self-employed people:

● As of 2017, the contribution limit for a solo 401(k) is either $54,000 per year or 100 percent of earned income, whichever is lower. Like other plans, participants age 50 and older may make additional catch-up contributions totaling $6,000 per year.
● Self-employed workers who also employ a staff are not eligible for a solo 401(k). However, they are allowed to count their spouse as an employee while each person makes contributions.
● Unlike a 401(k) plan in a traditional company, solo 401(k) plans do not need to undergo nondiscrimination testing, since no employees exist and therefore disparity in benefits is impossible.

The Simplified Employee Pension IRA and the Savings Incentive Match Plan for Employees (SIMPLE IRA) are two variations on the basic idea of an IRA tailored for self-employed workers and small businesses. They have larger contribution limits than traditional IRAs, but require either employers or employees to make minimum contributions or matching contributions to be eligible.

Finally, employers of any type or size are free to establish a defined benefit pension plan, a retirement savings arrangement that has become far less common in recent years. These pension plans offer the highest possible tax-advantaged savings, making them ideal for companies with a consistently high income. However, they require much more administrative effort than most other retirement plans available.

Self-employed workers or small-business owners also have Social Security benefits to look forward to as a retirement savings vehicle, but only when used wisely. While these benefits are rarely enough to cover spending in retirement entirely, they can help pad other savings and can even grow if benefits are deferred long enough.

An analysis of longevity and typical investment returns for U.S. retirees found that if a 65-year-old with $1 million saved began taking Social Security distributions, there was still a 47 percent chance that they could run out of savings before the end of their life. However, by simply waiting five years to claim those benefits, a 70-year-old with only $714,000 saved only faced a 38 percent chance of running dry. Buying an annuity and waiting until 70 was found to reduce the chance of plan failure to nearly zero.

Workers of all kinds have a number of options at their disposal to save for life after work—all they need to do is take that first step toward preparing for that inevitability.