How Amazon’s Strategy Allowed Them to Beat the Odds 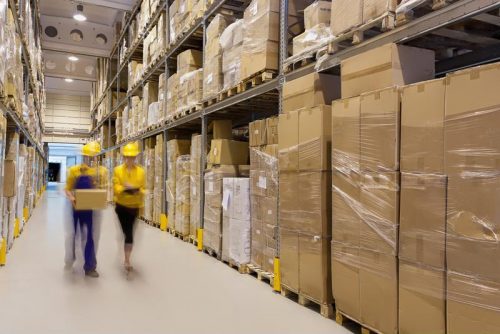 How Amazon beat the odds

The global stock market has had a very good year in 2017, but few individual companies can claim to have had a year quite as spectacular as Amazon. As of mid-December, the company’s shares had increased in value by more than 50 percent year-to-date. The company posted quarter after quarter of solid financial growth, even in the midst of headline-grabbing deals like its surprise all-cash purchase of Whole Foods, and its proposal to build a second headquarters.

With a market cap of around $500 billion, Amazon is currently the fourth most valuable business in the world, and one of only four companies valued at more than half a trillion dollars (the others being Apple, Google and Microsoft). But once again, the internet retail giant stands in a category of its own even in this incredible metric: Amazon went public in 1997 at a modest valuation of less than $500 million, while most of the world’s other largest corporations have been around for decades. In just the last 15 years, Amazon’s stock price has increased roughly 5,000 percent, while the rest of the market rose at a fraction of that rate.

The superlatives keep piling up for Amazon, making it a favorite among analysts, academics and financial enthusiasts. Amazon and its founder, Jeff Bezos, are among the greatest success stories of the last two decades. That begs two questions: How did they do it, and can it last?

Most of us are familiar with Amazon’s origin story as something of a pet project for Bezos, who initially ran the company’s servers out of his garage and packed individual orders by hand. Somewhat ironically, Bezos found it difficult to court investors and keep them interested — in Amazon’s early years, he estimated it would take four or five years before the company could turn a profit.

Once the so-called dot-com bubble burst around 2000, things looked especially bad for Amazon and other early internet firms like it. According to Bezos biographer Brad Stone, the company was alarmingly close to joining the ranks of countless others that failed around this time, but Amazon persevered through an act of financial wizardry: then-CFO Warren Jenson sold convertible bonds worth $672 million to overseas investors at a generous interest rate of 6.9 percent. It was an incredible risky move, but it may have saved the young company from bankruptcy, and allowed it to survive the dot-com crash.

This would not be the last time Amazon defied the odds and relied on outside-the-box thinking to soar ahead of their competition. It was also one of many smart moves the company made in the early 2000s that would sow the seeds for its eventual dominance:

Many of these foundational decisions added up to Amazon’s defining trend among financial experts: a preference for long-term growth instead of short-term profit-chasing. Even as the company’s stock price continued to climb through the 2000s, Amazon was and continues to be known for spending big on what some investors considered bad bets, like branching into web hosting or designing its own consumer electronics. These decisions caused Amazon to return only meager earnings to shareholders for several years running. However, those who stuck around long enough were rewarded eventually, if only slightly. Amazon has now posted a profit every quarter in a row for two years running, most recently around 52 cents per share.

Amazon ranks among the most entrenched companies in so many industries, from consumer retail to business services. It’s a universally-recognized brand with a huge influence on much of the world’s economy. And it has attained this status in less than 25 years, showing no signs of slowing. So what could go wrong? While optimism abounds on Amazon’s future, investors have reason to be skeptical regarding future financial performance:

Growth challenges notwithstanding, Amazon will continue to be one of the most interesting companies to watch in 2018 and beyond.

Enroll in the online Master of Science in Finance degree program at the D’Amore-McKim School of Business from Northeastern University to learn more about Amazon’s growth model, among many more topics.

The Key to Business Valuation Infographic

The Pros and Cons of Index Funds