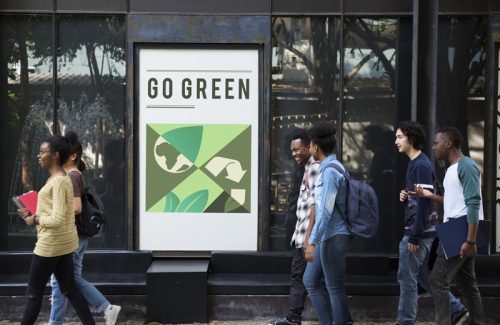 The world runs on energy. Without it, lights don’t shine, motors don’t rev, and ovens don’t warm. Largely fueling these outlets are resources, such as coal, crude oil and other fossil fuels. But these resources are finite, not to mention costly, both in terms of expenses as well as environmental standards.

Renewable resources are paving the way for a cleaner, more efficient society. Be it in the form of solar, wind, geothermal or hydro, among others, there’s an unceasing supply of these alternatives energy sources, all of which are carbon neutral. Countries the world over are investing in green energy, and the numbers indicate as much. In fact, in the U.S. alone, nearly 14 percent of its electricity production in 2015 derived from renewables, according to the Energy Information Administration, up from slightly over 11.5 percent four years earlier.

Even in China–a country with a sordid history of using non-renewables–green energy is a prime focus. Reports indicated that China plans to invest more than $360 billion into renewable energy by 2020, according to Reuters.

While there’s no denying that green energy makes a lot of common sense for countries to throw their support behind, does it make “cents” for individuals and business owners to invest in as well? The following will examine this question, providing details along the way that show how renewable energy is no mere passing fad, yet may not be a profitable investment decision.

For most of modern American history, electricity has derived most of its power from non-renewable energy. However, improved technology and scientific advancements has resulted in reduced fossil fuel use and development. In 2016, for example, overall fossil fuel production slipped 7 percent from the previous year, fueled largely by a substantial decline in coal development, down 18 percent on a year-over-year basis, based on EIA’s calculations.

Meanwhile, renewable energy developed has risen, up 7 percent in 2016 from the previous 12-month period. Most of the green growth came from wind, accounting for 50 percent of the uptick, followed by solar at 25 percent.

Shying away from fossil fuels comes as encouraging news to most Americans, a majority of whom believe the country’s “energies” should go toward furthering renewables. Indeed, in a recent Gallup poll, nearly 55 percent of respondents were opposed to drilling on federal lands for oil, down from 66 percent who were in favor of this type of exploration in 2012.

What’s the reason for the shift? Environmental implications are chief among them. In a separate survey also performed by Gallup, close to 60 percent of participants indicated protecting the environment was more important than traditional energy development. In fact, nearly 75 percent of respondents said that the best way to shore up energy reserves was by the government focusing on alternative energy source production.

Of course, it isn’t just the U.S. that’s jumped aboard the renewable energy bandwagon. Much of the world has as well. According to the European Union, in 2014, roughly 25 percent of EU member nations’ total energy production was the renewable variety. Germany led the way, accounting for 18.4 percent of the total, followed by Italy at 12 percent and France at just shy of 11 percent.

Consumption of renewable energy has also risen in Europe based on the EU’s figures. Two years ago, almost a quarter of the energy Portugal used inland was from clean sources. But that’s nothing compared to the total in Iceland, more than 86 percent of which emanated from renewable forms.

As previously referenced, China’s entrance into the renewable energy arena is perhaps the most accurate depiction of how going green is not only the wave of the future, but the stuff of the present. For example, China–the globe’s most-populated country at north of 1.1 billion people–became the world’s largest solar producer in 2016, Reuters reported. The government is looking to further this distinction by investing north of $1 trillion to build more solar power plants, according to the National Development and Reform Commission. The international news agency noted this amount of money is enough to build approximately 1,000 solar power plants.

With population levels rising, it’s abundantly clear that governments are increasingly investing in green energy so societies can thrive without adversely affecting the environment. This would suggest that individuals and entrepreneurs might consider throwing their financial support behind the movement as well. But if history is any guide, going green doesn’t necessarily result in earning more green – at least not right away, nor in significant quantities.

As examined by researchers at the Massachusetts Institute of Technology, numerous businesses have implemented renewable energy strategies, but haven’t seen much in the way of financial returns. In short, it’s not a losing enterprise, but it’s not one that results in a windfall, citing a poll done by Environmental Leader, a leading trade publication. The survey found that of the 400 companies with investments in renewable energy, roughly 20 percent of companies saw a return on investment of 15 percent. MIT researchers note that the ideal is an annual rate of return of between 20 percent and 25 percent.

Meanwhile, venture capitalists haven’t had much luck with their clean energy investments. According to Benjamin Gaddy, director of technology and development at Chicago-based startup Clean Energy Trust, venture capitalists set their sights on renewable energy back in 2006. Ten years later, there’s little to suggest their investments have paid off.

“Ultimately, when we looked at the data, when we looked at companies that got venture-capital investment, [clean-tech firms] were slightly more risky [than software or biomedical], but the real difference was the returns,” Gaddy told the Wall Street Journal. “Those outsize multiples simply weren’t there.”

Much of the problem stemmed from venture capitalists’ ROI turnaround not happening quickly enough, added Varun Sivaram, fellow at the Council on Foreign Relations. Ideally, VCs don’t like to tie up their capital for more than five years at a time.

In summary, renewable energy may be worthwhile for governments to get behind. But is it a smart business decision? One may not want to bet the (wind) farm on it. An Online Master of Science in Finance degree from Northeastern University’s D’Amore-McKim School of Business can put students on a path toward better understanding of these trends.

Recommended Readings:
• What the future of finance may look like
• Academic Program News and Updates