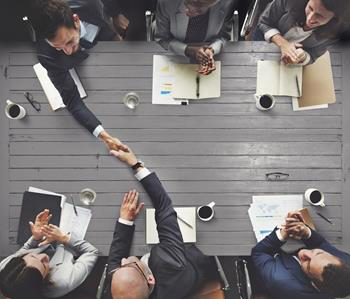 Investing money in the equity markets can be a risky prospect compared to simply saving it in a traditional bank account, which may explain why a significant number of Americans apparently avoid this undertaking. According to surveys conducted over a number of years by the Gallup Organization, slightly more than half (54 percent as of April 2017) of the U.S. is currently contributing money to the stock market in some way, either through purchasing an individual stock or by participating in a self-directed retirement fund like a 401(k) or IRA.

The inherent risk of investing has invited a great deal of innovation in the financial industry, with an emphasis on reallocating that risk and making the stock market more inviting to the average saver. From this trend, two broad categories of investment strategies have emerged: active management and passive management. Deciding which one is best involves carefully weighing the benefits and drawbacks of both, and choosing the strategy that fits within an individual’s own financial goals. Students enrolled in the Online Master of Science in Finance program at Northeastern University’s D’Amore-McKim School of Business will learn the basics of these two investment strategies and how to best leverage them.

To understand the active versus passive investment debate, it helps to know a little about how the stock market has evolved over time. In the modern financial age, the most popular and attractive investment vehicle for the typical worker is the mutual fund model. For most of the 20th century, money invested in a mutual fund was generally handled by the fund’s portfolio manager. This person would aim to grow the fund by selectively investing in the right securities at the right time, ideally exploiting market inefficiencies to earn interest. Essentially, this describes active management in a nutshell.

No matter what exact strategy is used to achieve this goal, active management takes a significant amount of time. Much of this time is spent researching the market, combing through dense financial reports to learn more about specific securities and then acting on that information. For that effort, active fund managers charge a fee, often a flat percentage of assets under management ranging from around 1 to 3 percent.

Around the 1970s, however, some financial experts advocated a different approach. In 1975, John Bogle founded the Vanguard Group, one of the first mutual fund firms to implement what is now known broadly as passive management. Rather than expend significant time and resources to picking a few stocks out of millions in hopes of beating the market average, passive funds aim to simply match that average. They do this by investing the mutual fund pool into the same index, a class of investments that all share a common characteristic. The most well-known index is Standard and Poor’s 500 (the S&P 500), a list of the 500 largest publicly traded companies in the U.S. by market capitalization. Other indices may track companies of a certain industry, or those located only in Europe or Asia, for example. Many mutual funds that track an index charge management fees much lower than their actively managed counterparts, often less than 1 percent of the total assets under management.

Choosing between a passive and active fund involves many factors, but in recent years, investors have shown a surprising preference for one over the other. CNN Money reported that from 2006 to 2014, more than $80 billion had flowed out of active funds, while approximately $60 billion had flowed into passive funds. This may be due not only to the low fees that passive funds charge compared to active funds, but also due to their stellar performance. Research from the Wharton School of the University of Pennsylvania found “on an after-tax basis, [active] managers of stock funds for large- and mid-sized companies produced lower returns than their index-style competitors 97% of the time, while managers of small-cap stocks trailed 77% of the time.”

Still, active portfolio management confers some benefits over a passive strategy for certain investors. Active funds provide a greater deal of flexibility in their ability to shift and adapt to ever-changing trends, as well as to take more advantage of market inefficiencies through the use of tactics like short sales and derivatives trading.

Despite the large inflows from active to passive funds, both management styles have their own place in the financial world. Choosing one (or both) requires a careful assessment of risks, opportunities and objectives for everyone involved.

• Stocks vs. Bonds
• Pros and Cons of Index Funds