A Brief History of Taxation 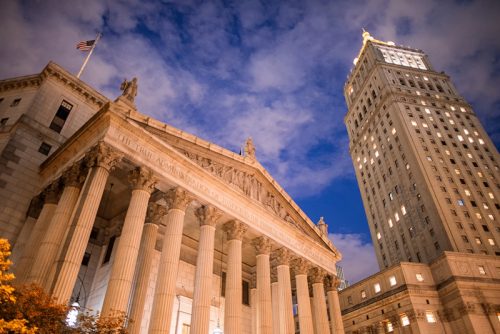 “Nothing is certain but death and taxes” – this idiomatic expression generally attributed to Benjamin Franklin has long been synonymous with certainty in a constantly changing world. A testament to Franklin’s status as an iconic and prescient figure, the phrase is still an apt summary of most of human history. Not long after the beginning of civilization as we know it, people began to pay taxes in support of the things we now take for granted: food, housing, infrastructure, defense and much more. A history of taxation, therefore, reads almost like a history of society and culture in general. The Online Master of Science in Taxation program from Northeastern University’s D’Amore-McKim School of Business will make students more familiar with these concepts.

The first record of organized taxation comes from Egypt around 3000 B.C., and is mentioned in numerous historical sources including the Bible. Chapter 47, verse 33 of the Book of Genesis describes the tax collection practices of the Egyptian kingdom, explaining that the Pharaoh would send commissioners to take one- fifth of all grain harvests as a tax.

Tax practice continued to develop as Greek civilization overtook much of Europe, North Africa and the Middle East in the centuries leading up to the Common Era. The Rosetta Stone, a clay tablet discovered in 1799, was a document of new tax laws decreed by the Ptolemaic Dynasty in 196 B.C. Named after its leader Ptolemy V, this kingdom was a product of Alexander the Great’s legendary conquest of huge swaths of territory, resulting in a melding of Ancient Greek and other languages. The text of the Rosetta Stone was therefore written in both Greek and Egyptian hieroglyphic script, and its discovery served as a breakthrough in decoding one of the oldest forms of written language.

From the Roman age and through medieval European history, new taxes on inheritance, property and consumer goods were levied, and often played a role in war, either by funding them or provoking them. Other cradles of civilization, such as ancient China, also levied taxes under the authority of a strong centralized government. The Chinese T’ang and Song Dynasties employed a methodical census record to track their populace and impose the proper taxes on them. These funds and materials were then used to support armies and construct canals for transportation and irrigation, among other projects. The Mongol Empire that took control of much of Asia around 1200 instituted tax policy designed to influence large-scale production of certain goods like cotton.

Taxes in the U.S.

The issue of taxation in the American colonies by the British Empire was a famously central cause of the Revolutionary War. “No taxation without representation” became a well-known call to action for the colonists; however, their grievances were focused more on their lack of voice in the British Parliament, rather than the nominal cost of those taxes. This helps explain the methodology behind the creation of America’s legislative system, with taxes playing a critical role yet again. As outlined in Article One of the U.S. Constitution, the House of Representatives solved the problem of tax representation, and it is still the central body that organizes the federal tax system based on recommendations from the executive branch. Most state and local tax laws are created under a similar system.

Taxes in the 20th century

The tax policy of the United States and much of the world prior to the 20th century was markedly different from the one in use today. Until the income tax was introduced in the early 20th century, nearly all federal revenue came from excise taxes and tariffs. Essentially a tax on imported goods, a tariff was a straightforward way for the federal government to generate revenue while also promoting a protectionist trade policy. According to the National Bureau of Economic Research, the average tax on applicable imports was as high as 60 percent in 1830.

The U.S. began to move away from its reliance on tariffs as the nation grew in size and industrial output. Import taxes were a political sticking point in the decades before the Civil War: The industrialized North benefitted far more from the policy than the agrarian South, and the annexation of western territories thrust this issue into greater significance.

After the Civil War and amid the dawn of the 20th century, the American economy changed rapidly in a way that made tariffs less useful. By the mid-1890s according to NBER, the U.S. became a net exporter, rather than importer, of manufactured goods. New patterns of capital and wealth accumulation brought on by industrialization necessitated new forms of taxation. Thus, the 16th Amendment ratified in 1913, granted Congress the authority to tax the income of individuals and businesses, “without apportionment among the several states, and without regard to any census or enumeration.”

The majority of the federal government’s revenue now comes from a tax on income, according to the U.S. Treasury Department. However, the policies underpinning the income tax and taxes on wealth, in general, have been in constant flux over the last century. Around World War I, only 5 percent of the American public was paying any tax on income, generally reserved for only the highest earners. This quickly changed as wars and economic developments put new pressures on the federal budget. Franklin D. Roosevelt’s New Deal required a large stimulus in revenue generation, and the top income bracket was as high as 76 percent in 1936. From the World War II period through the 1950s, the highest earners could pay up to a 94 percent tax on part of their income; however this era also introduced deductions and exemptions for various individuals and businesses.

With the development and expansion of welfare programs like Social Security, Medicare and Medicaid, the second half of the 20th century saw a tax system that only became more complex and nuanced. An increasing reliance on revenues from wealth and consumption taxes, in the U.S. and most other developed nations, also triggered growing resistance to the practice. Organized resistance and legal protest against the income tax coalesced in the U.S. in the 1950s and continues today.

Arguments against the levy of taxes on income often revolve around its alleged lack of constitutional basis: Some say the 16th Amendment was not “properly ratified” or does not actually permit the taxation of individual income. Another common constitutional argument regards the tax return process as a form of mandated self-incrimination and thus a violation of the 5th Amendment. Still others simply object to taxes in general or the income tax specifically on moral, religious or conspiratorial grounds.

Taxation, as well as skepticism and resistance to it in some form, has evolved from a practical necessity to a signifier for political and social identity. Public figures can now expect their tax habits to be widely scrutinized and possibly denounced, as evidenced most recently in the ongoing debate surrounding President Donald Trump’s tax returns. As The New York Times reported, Trump’s hesitance to release his personal tax records “broke with decades of tradition in presidential contests and emerged as a central issue” in the 2016 election.

With these most recent developments in mind, it’s clear that the history of tax is one that’s still being written and constantly revised. Taxation has emerged from a practical financial issue to one with myriad political and social implications. If taxes are here to stay, there is no doubt that debates and discussion on the subject will continue to exist as a focal point of global society.

Exploring the Relationship Between Taxation and Innovation