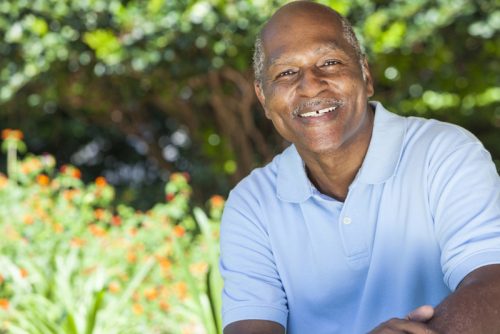 As the renowned author, inventor and founding father Benjamin Franklin once quipped; death and taxes are two guarantees in life. But the same kind of assurances can’t be said for retirement. Rising costs of living has made comfortable retirement more difficult to come by for the average American, as less than 25 percent of baby boomers believe they will have enough money to last them for the rest of their post-career years, according to the Insured Retirement Institute.

At the same time, though, it’s not as if baby boomers are being denied the opportunity to retire. To the contrary, 60 percent of retirees say what they’ve saved up is enough to provide for the basics – like food, shelter and the bills – with enough still available for recreational activities, like travel, the IRI poll revealed.

Additionally, nearly three-quarters of individuals who are currently in their post-career years say that they’re living comfortably, according to a separate survey performed by Gallup. This contrasts sharply with 48 percent of people who have yet to retire but expect to be in good shape moneywise.

What’s their secret? Beyond the fact that they’ve planned ahead, many have also learned how to control their spending, such as by reducing their tax liability. The following information will provide clarifications on taxes in retirement, as well as tips aspiring tax professionals at Northeastern University’s D’Amore-McKim School of Business can use to help their prospective retirement-aged clients save money.

1. Consider relocating to a tax-friendly state

Americans today aren’t moving quite like they used to. According to David Ihrke, a demographer with the Census Bureau, approximately 20 percent of residents relocated in 1948. Fast forward to today and the mover rate is slightly below 12 percent.

But baby boomers are proving to be the exception to the rule, largely because many opt to downsize now that they’re “empty nesters.” According to government data gathered by the National Association of Realtors, boomers – specifically those between 65 and 74 years of age – accounted for 860,000 new households from Jan. 1, 2014 to June 30, 2015, more than any other generation. Just behind this age segment were 55- to 64-year-olds, responsible for 391,000 new household formations during the same stretch.

Where retirees decide to move is up to them, but several states are more tax-friendly than others. This includes Alaska, Nevada, Florida, Tennessee, Georgia and Florida, according to Kiplinger.com. Among the tax benefits in the Sunshine State, there’s no state income tax, Social Security benefits aren’t taxed, nor are Individual Retirement Accounts, or IRAs.

Scott Berger, a certified public accountant based in Boca Raton, Florida, said the savings can be significant, depending on where retirees are moving from.

“Picking a state where they save state income taxes can be significant, especially as some states are 8 percent or 10 percent these days,” Berger explained to Bankrate.com. Indeed, some states don’t have any income taxes at all, New Hampshire being among them.

The moving process itself may be tax deductible, but the only caveat to this is the purpose of the move must be employment related, Gil Charney, director of the Tax Institute at H&R Block, told the Wall Street Journal.

Contrary to popular belief, more Americans are opting to work past the traditional age of retirement. A recent survey from Gallup found 53 percent of small-business owners have no intention of retiring.

The 401(k) remains a savings source that millions of Americans draw from to shore up their retirement security. According to a recent poll done by Gallup, nearly 50 percent of Americans say their 401(k) is something they will rely on once they decide to enter their post-career years, up from 42 percent in 2009. However, drawing from it before turning 60 can result in a tax penalty.

“Once you withdraw those savings, they’re gone–and they can be very difficult to replace,” warned Ken Hevert, senior vice president of retirement products for Fidelity Investments. “While it can be pretty tempting to cash out your 401(k) and use the money to pay off a car or your credit card bill, you may want to think twice before doing so, and weigh the impact of that decision.”

While early 401(k) withdrawal may not be an issue to those who retire after the age of 60, it can be an issue for those who decide to stop working earlier. For example, government workers often have the option to retire in their late 50s.

Another common foible of those in or nearing retirement is knowing when they need to starting taking out the minimum contributions from their IRAs. As referenced by Glenn Ruffenach, noted author retirement planning expert and former editor at the Wall Street Journal, retirees sometimes forget or misunderstand that it starts midway through their 71st year.

“The year in which a person turns 70½ is his or her first ‘distribution year,'” Ruffenach explained. “The first funds withdrawn from an IRA in a distribution year are automatically deemed – in the eyes of the Internal Revenue Service – to go toward satisfying a person’s [retirement minimum distribution] for that year.”

Speaking of IRAs, some financial experts recommend converting a traditional IRA to a Roth IRA, whether in full or just a portion. But the decision on whether this is a smart move largely depends on whether one’s marginal tax rate is normal, above normal or below normal. If it’s below normal, it’s a smart move, according to the American College New York Life Center for Retirement Income.

Everyone who works for a living has Social Security income and according to Gallup polling data, more than 1 in 3 Americans expect to rely on it being there in retirement. That’s the highest rate in 15 years.

A question that often comes up is whether Social Security benefits are taxable. The answer? It depends. According to the Social Security Administration and the Internal Revenue Service, benefits are indeed taxable if filing federal income taxes as an individual and combined income is greater than $25,000 annually. The same rule applies for joint filers, but the threshold is $32,000 combined. Regardless of income, marital status, or tax return type, no one pays more than 85 percent of their Social Security benefits. Also, as aforementioned, it also depends on where retirees live. Montana, Vermont and Connecticut are among the states that tax these retirement benefits.

The health care situation in America is a long-simmering issue, one that’s been tackled by the government on numerous occasions in an effort to rein in families’ medical expenses. The Affordable Care Act has enabled more Americans to get covered, but premiums remain elevated. Forty-eight percent of Americans who have coverage are dissatisfied by how much they’re paying for premiums, according to a poll by Gallup. The share is even larger for those who are uninsured, with nearly two-thirds describing premiums as unaffordable.

“There’s no other vehicle under the tax code that has the kind of preferential treatment that health savings accounts have,” Shelby George, senior vice president of advisor services for a New York-based investment management firm, told U.S. News & World Report.

HSAs are available to individuals with high-deductible plans, which according to the IRS, include plans where the deductible is at least $1,300 for an individual policy or $2,600 for a family. Additionally, out-of-pocket expenses must be at or less than $6,450 for self-coverage or $12,900 for a family.

Taxes and all that goes with them can be frustrating, time-consuming and–for lack of a better term–taxing. For those in retirement or approaching it, these tips should help make the guarantee in life less toilsome.